Peonies (Paeonia) are perennial herbs or deciduous shrubs from the Paeoniaceae family. They are the only genus in this family. Peonies can be found on all continents of the northern hemisphere with centres of expansion in the Mediterranean, the Caucasus and China. Their Latin name (Paeonia) comes from Greek mythology and refers to Paeon, the physician of the gods.

So far, approximately 60 peony species have been described. Their classification, however, is still evolving and the most recent studies mention 36 species. In horticulture, peonies are divided into herbaceous plants and woody shrubs. Garden woody peonies include a large group of cultivars derived from tree peonies (P. × suffruticosa) which have their origin in China. At the beginning of the 20th century, a group of Lemoine hybrids (P. × lemoinei) was created by crossbreeding the polypetalous woody peonies with P. lutea and P. delavayi. Interesting are also the intersectional (Itoh) hybrids created by crossbreeding P. × lemoinei ‘Alice Harding’ with the herbaceous peony called ‘Kakoden’. The vast majority of garden herbaceous peonies are derived from the Chinese peony (P. Lactiflora) and to a lesser extent from the common peony (P. officinalis), fern leaf peony (P. tenuifolia) and the Caucasian yellow-flowered peonies (P. mlokosewitschii, P. macrophylla).

The collection of peonies belongs to the most striking in our garden. Peonies have their own exposition called the Peony Meadow, which is very popular among visitors. The exposition was created as a separate unit in the 1990s, but we grew individual plants even earlier. The Peony Meadow was opened to the public in 2011. In addition to peonies, you can also admire an interesting collection of magnolias. The exposition is enhanced by wooden art entitled The Four Seasons by Adriana Skálová. 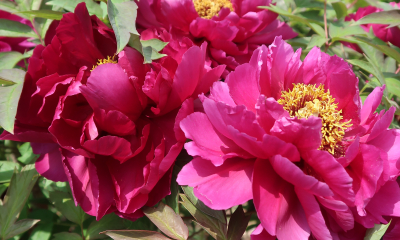 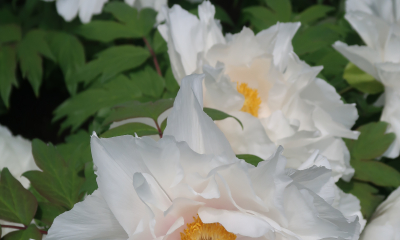 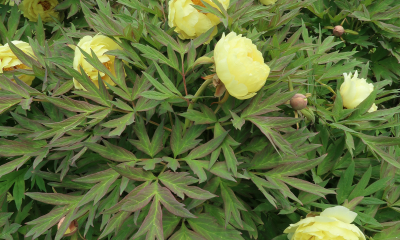 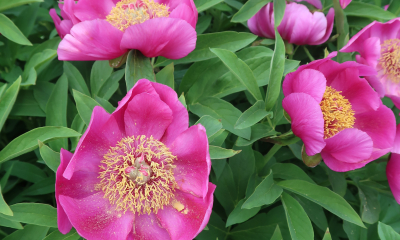 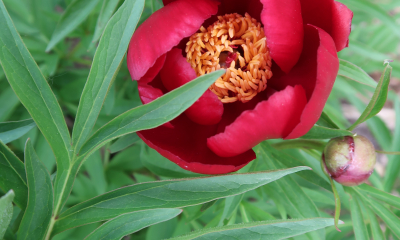 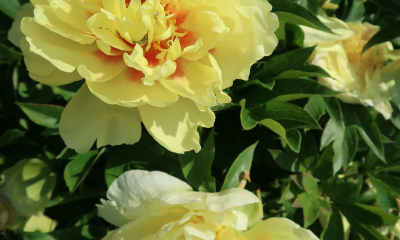 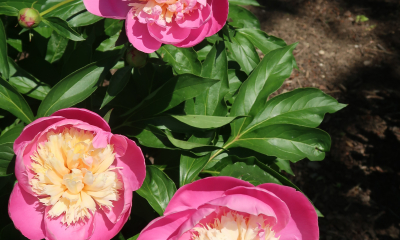 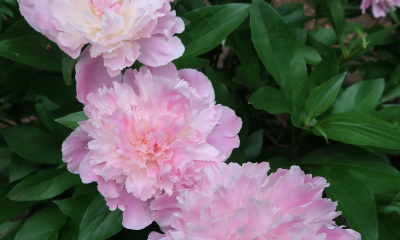 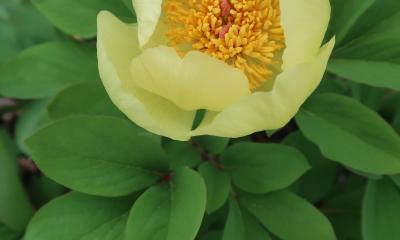