The collection of succulents and xerophytes (drought-loving plants) is very valuable because it contains many plants of known origin. Visitors can see these plants in the Fata Morgana Greenhouse and also in the World of Succulents exposition in the northern part of the garden. Rare species with specific care requirements, which cannot be permanently placed in expositions, are introduced during large thematic exhibitions. The most numerous in our collection are plants from Madagascar. They are especially important due to their known origin and also due to the speed of local nature devastation.

The collection contains almost 1200 species, not only the well-known Crassula, aloe, agave, cacti or spurges. There are relatives of periwinkles, grapevines, hibiscuses, bellflowers, pumpkins, spiderworts, purslanes, ficuses, Bignonia and even dandelions, which we know from our wilderness, gardens and flats. Some plants are related to tropical pineapples, cashew or sesame. Others belong to less known tropical and subtropical families.

Very important is the collection of the Pachypodium genus, which contains representatives of all species, except for one from West Africa. It also contains the very rare and recently described Pachypodium enigmaticum species. Many plants were bought directly in Madagascar, so we know the exact location of their origin. We also bought a collection of succulent spurges and their relative genus called nettlespurge (Jatropha). Among them, there are almost 20 meters high specimens, thorny shrubs or plants with beet-like roots. From seeds obtained via exchanges with other botanical gardens and via purchases in Madagascar, we managed to grow a very delicate Madagascar mountain spurge species called Euphorbia quartziticola. We also grow the largest known species called Aloe barberae from South Africa, which can be up to 18 meters tall in the wild. However, it never grows to such height under artificial conditions. The tiniest species have a rosette with a diameter of about 5 cm. These are for example the African Aloe saundersiae and the Madagascar Aloe descoingsii or Aloe parvula. Another collection worth mentioning contains plants from the small Didiereaceae family from Madagascar and Africa. The family includes only 22 species, and in our collection, you will find 12 of them. The only representative of the bellflower family (Campanulaceae) is the critically endangered Brighamia insignis from Hawaiian dry forests. It is a rarity among succulents. It used to be pollinated by a hawk moth, which is extinct now. So even in the wild, the production of seeds depends on artificial pollination.

In our collection, we pollinate plants artificially. Seeds are then used not only for exchanges with other botanical gardens, but also to add young specimens into our own collection. These plants are often endangered and some species are more often seen in collections than in the wild.

Many succulent plants are very rare and protected. They come from areas where nature is being quickly devastated. 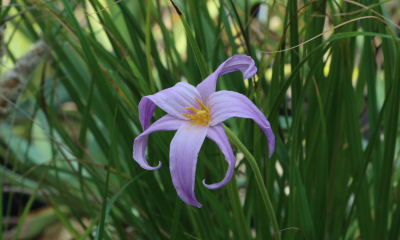 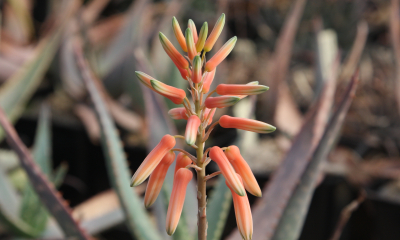 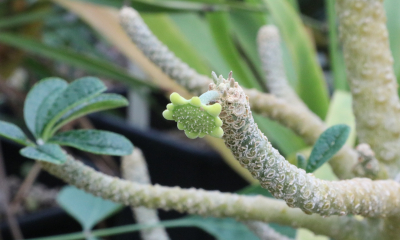 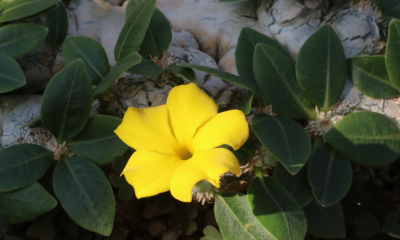