The Collection of Conifers

Our collection of conifers consists of plants from the Pinales order. Important are for example the cycads and also single-species groups like Ginkgo and its cultivars or the Wollemia genus. We also have extensive collections of Ephedra and Gnetum.

Our collection of conifers is designed as an overview, which aims at introducing plants from all genera (and in some groups also from all species).

From our outdoor collections we must point out the pines (Pinus), which are represented by 49 taxa. Some of these are very rare, such as the single-leaf pinyon (Pinus monophylla) or the grey pine (Pinus sabiniana), the loblolly pine (Pinus taeda) or the Bunge's pine (Pinus bungeana).

in China. There are over 90 cultivars and forms and a third of them are commercially grown. Our collection of ginkgo cultivars introduces the diversity of this ancient woody plant and includes the columnar cultivar 'Obelisk' or the overhanging cultivar 'Praga'.

Another interesting group are cedars. The most striking among them is the alpine exposition of the Himalayan cedar (Cedrus deodara).

The tallest conifers in our collections are our two specimens of giant sequoia (Sequoiadendron giganteum), which we have grown since the 1970s.

Conifers are relatively undemanding woody plants with interesting appearance and evolutionary origin. Many species are in danger of extinction in the wild. Tropical and subtropical conifers are not grown very often in botanical gardens, however, they grow very well in ours. One of their advantages is the possibility of shaping and maintaining smaller sizes.

We would like to further develop the collection by growing all conifer genera, with the exception of the parasitic Parasitaxus ustus, which has never been successfully grown under artificial conditions.

We will also focus on Mediterranean species including species from Macaronesia and species from drier areas of western USA (but generally the flora from North America). Similarly, we are going to develop collections of conifers from East Asia, especially China and Japan. We will also test some species for cold resistance. We have not decided on any specific area for tropical woody plants, but we will pay more attention to island endemic species. 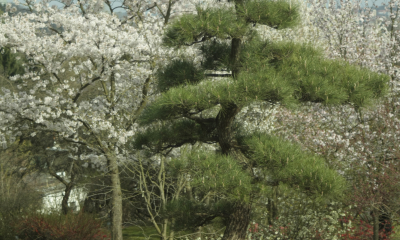 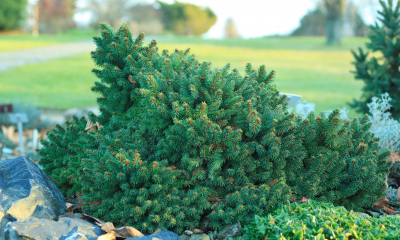 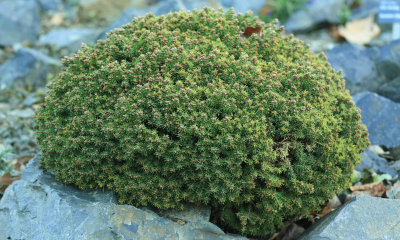