The Begoniaceae is a large family of approximately 1500-1800 species. We distinguish only two genera and the distribution of species is extremely uneven. The Hillebrandia genus from Hawaii contains only one species called Hillebrandia sandwicensis. All other species belong to the Begonia genus.

Begonias are so diverse and varied and their taxonomy is so complex that the whole genus has been divided into 56 sections. Begonias are herbs or subshrubs. Their stems can be upright, overhanging or liana-like. Their size varies from 2 cm (African B. hirsutula) to several metres (the four-metre shrubby B. luxurians or the liana-like species B. convolvulacea or B. glabra, which can climb trees up to the height of five metres). Their leaves are asymmetrical and differ in shape, size and colour. However, they always have stipules. Many species have leaves that are hairy, tomentose or colourful. Others are interestingly white or silver-spotted.

Begonia flowers are diclinous, i.e. male or female, but both types grow on the same plant. The flowers can be individual or arranged into cymose inflorescences. They can be white, white-green, cream-coloured, yellow, orange, red or pink. Their seeds are very small and dust-like. Some species create rhizomes or stem tubers.

Where Do They Grow in the Wild?

This extensive genus grows on a large area. Begonias can be found on the American continent from the north of Mexico to Bolivia and Paraguay; in the more humid regions of Central and South Africa, Madagascar, Socotra and Sri Lanka; in Southeast Asia from India through the Himalayas, China, Taiwan, Malaysia, the Sunda Islands all the way to Papua and the Pacific Islands. Only in Australia and Europe there are no indigenous species.

Their habitats are also very diverse. Most begonias grow in various types of forests, ranging from tropical lowland rainforests, through deciduous forests, mountain cloud forests to sparse savanna forests. Some begonias need deep shade, others grow in eroded places on slopes along roads, where they have enough light and lack any other competing plants. Many delicate and sensitive species grow at the edges of rivers or around waterfalls. Begonias often grow on north-facing stones and rocks in a layer of moss. Several species grow epiphytically on trees.

A considerable number of species inhabit tropical and subtropical mountains, where temperatures may fall to the freezing point. Other species have adapted to fairly dry, almost semi-desert areas (e.g. B. venosa with fine white hair on their leaves, which grows in Brazil in dry shrubby vegetation together with cacti; or the South African B. dregei, which creates a storage caudex - an enlarged main root and bottom part of the stem).

Begonias are typical houseplants that are well-known to visitors. Furthermore, due to its rocky relief, the Fata Morgana Greenhouse offers excellent conditions for cultivating many species. Currently, about 50 species are planted there. The collection has a long tradition in our garden and includes approximately 230 species.

Our garden is also a member of the American Begonia Society. 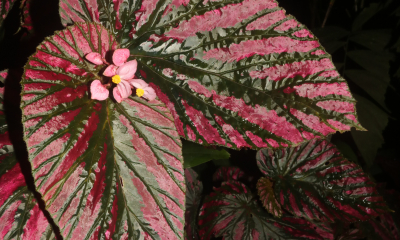 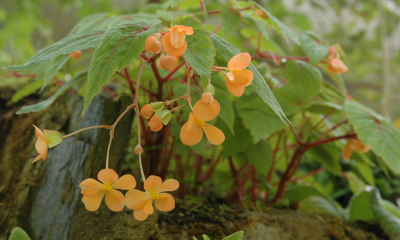 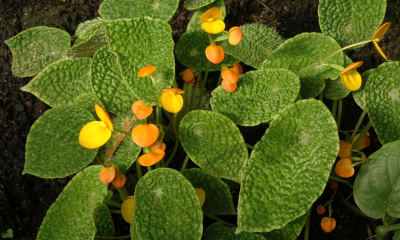