The Geraniaceae family contains only seven genera with about 800 species. The most prominent genera are: pelargoniums (Pelargonium) which have its centre of distribution in South Africa and contain approximately 200 species; and cranesbills (Geranium) which make up almost half the number of species in this family. These two genera are also the most prevalent in our collections. The third larger genus with 60 species is called storksbills (Erodium) and its representatives grow in North Africa, South and Central Asia and also in Australia. The most characteristic feature of the family are their beaked schizocarp fruits that influenced folk and national names - storksbills, cranebills and the like.

These species are very attractive and popular with visitors. Furthermore, the collection of cranesbills and pelargoniums has a long tradition in our botanical garden.

The Pelargonium genus is particularly interesting due to their large variety of forms. It includes shrubs, creeping plants, herbs, plants with underground storage organs (called geophytes) and succulents. Pelargoniums are extremely important as a source of horticultural hybrids and also as plants used in the perfume and pharmaceutical industries. Some species are used locally as food source, in traditional medicine and also for dyes.

Cranesbills (Geranium) belong to the most promising garden plants,

because they are resilient, adaptable and can be used in diverse problematic habitats including public greenery.

The collection of outdoor plants also includes storksbills (Erodium). The most important species are E. petraeum subsp. glandulosum, E. amanum and E. chrysanthum, which are highly resistant to drought.

The remaining genera are also quite diverse, but they are usually small herbs.

In the future, we would like to keep adding missing genera, species and groups of species. We are testing cultivars of the cranesbills (Geranium) and storksbills (Erodium) genera for their horticultural use and we are searching for promising species and varieties suitable for areas with a lack of water. We are also planning to expand the collection of indigenous pelargonium hybrids, which are very rare. 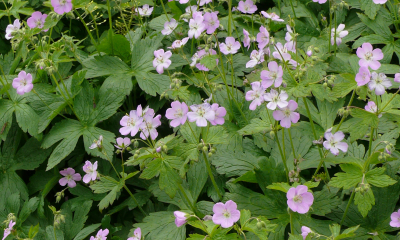 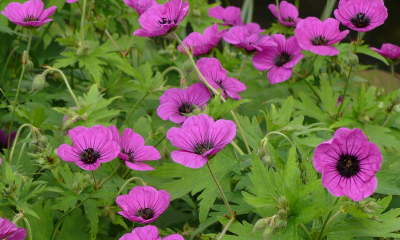 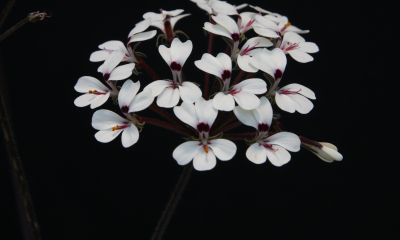 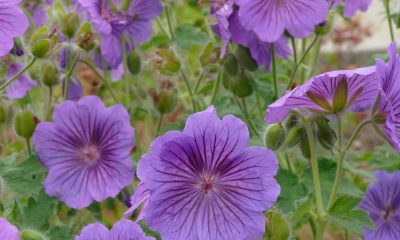 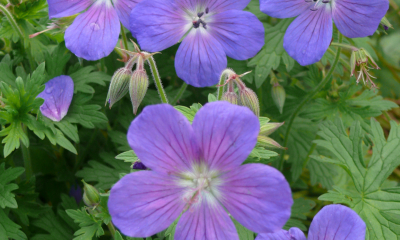 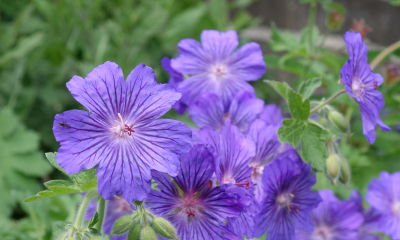 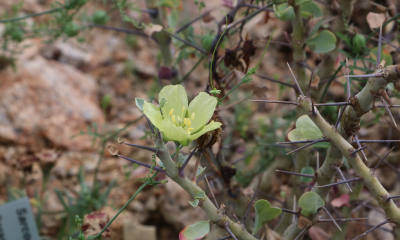 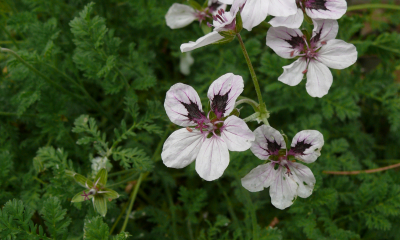 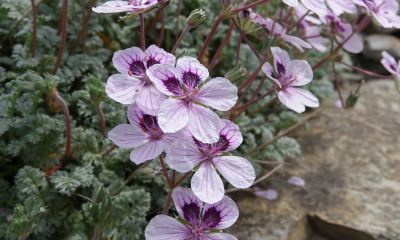