Useful Plants of the Temperate Zone

Near the entrance to the Japanese Garden, behind the central flower bed with annuals and perennials, there is a collection of useful plants of the temperate zone. The largest area is reserved for medicinal herbs (I), but you will also find here root species (II), poisonous plants (III) and plants used for making dyes. In total, you can find here more than 450 taxa of useful plants.

(I) The area dedicated to medicinal herbs is divided by rectangular paths. This layout resembles the beds for medicinal herbs in medieval monastic gardens. Plants are divided into sections based on their original area of distribution or their typical use in traditional medicinal systems. There are plants from the Mediterranean (2), medicinal herbs used in Central Europe, which are our domestic species (3), medicinal herbs of Native Americans (4) and seasonally also fragrant pelargoniums from South Africa. At first glance, visitors will be captivated by memories of medieval monastic gardens (5). Behind the cobbled path near the devil's bush (Eleutherococcus senticosus), we grow selected species used in traditional Chinese medicine (6).

(2) Medicinal Herbs of the Mediterranean

Many medicinal herbs from the Mediterranean have been traditionally grown in the Czech Republic. Therefore, many visitors and people interested in phytotherapy (herbal medicine) may consider them our domestic species. These are for example: lemon balm (Melissa officinalis), summer savory (Satureja hortensis), white horehound (Marrubium vulgare) or marsh-mallow (Althaea officinalis). Common sage is introduced here not only as an important medicinal herb, but also as an aesthetically valuable and attractive perennial. For inspiration, we grow ornamental varieties of indigenous species, such as: Salvia officinalis 'Berg Garten', 'Dwarf', 'Variegata' or sage with tricoloured leaves called 'Tricolor'.

Our less known domestic medicinal herb is cicely (Myrrhis odorata), which has a very pleasant smell. Its seeds contain anethole, just as fennel, anise or star anise. It is used internally against cough, mild digestive problems and anaemia. In the past, its leaves were used as spice for soups. Today, cicely is an ingredient used in low-calorie sweeteners for yoghurt, whipped cream and fruit desserts. Its cooked roots can be added to soups, just as other kinds of root vegetables.

In our collection, you will find more than twenty mints (Mentha sp.). They are a great example of how important it is in phytotherapy (herbal medicine) to know what part of a plant to use - whether to work with the whole plant, a specific substance, or even a single isolated compound. Mint leaves help against flatulence and support appetite. Externally, it can be used for compresses, inhalations, for oral lavage and for strengthening baths. Pure essential oil has effect on bile secretion and also antiseptic, anti-inflammatory and spasmolytic (muscle relaxation) properties. The essential oil is mostly made of menthol, which in itself makes nerve endings go numb.

The life of indigenous people of North America can be better understood through the medicinal herbs they traditionally used. The purple coneflower (Echinacea purpurea) found its permanent place not only in domestic medicine, but also in modern European phytotherapy (herbal medicine), which is currently very popular. Everyone has probably heard of echinacea drops. They are made from the root of this plant and contain echinacoside, essential oil, resin, polysaccharides, derivatives of caffeic acid and other substances. The complex of these substances positively affects our immunity.

Gardens were an integral part of monastery complexes. They were not only useful (to grow vegetables, spices, fruits and medicinal herbs), but they were also a symbolic place referring to God and faith. Medieval medicinal herb gardens had simple orthogonal layout and plants were planted into square or rectangular beds. The beds were often raised and surrounded by kerbing from willow or hazel twigs. The majority of plants grown there belonged to non-indigenous species that came to us from the Mediterranean. Domestic species of medicinal herbs were only of secondary importance in monasteries and were grown less. In medicinal herb gardens, we could also find ornamental species with symbolic significance, such as lilies, roses or irises.

Even though monastic gardens played an important role in spreading knowledge about the use, growing and introduction of new medicinal herb species, we do not know much about how they looked. One of the few historical sources that make our notions about early medieval monastic gardens more tangible is De cultura hortorum (On Horticulture) by Walahfrid Strabo (808–849, Benedictine monk).

Strabo’s work served as inspiration for the foundation of a monastic garden in the exposition of medicinal herbs. Here we planted several species mentioned in the twenty-three separate chapters of the work. We chose both perennials and annuals, which are changed every year. These are for example: Madonna lily (Lilium candidum), summer savory (Satureja hortensis), southernwood (Artemisia abrotanum) or the German bearded iris (Iris x germanica).

Phytotherapy (herbal medicine) is an integral part of traditional Chinese medicine, which is completely different from our understanding of human diseases and physiology and the effects of plants. It is, therefore, problematic to adopt fragmentary information about the effects of plants without understanding the whole system. Interesting is the devil's bush (Eleutherococcus senticosus), whose roots contain glycosides collectively called eleutherosides. They add a body-strengthening effect to drugs. Devil's bush is used during physical and mental overload, is suitable for convalescence, improves the overall condition of the body and increases the body's resistance during times of heightened demands. In our therapy, we assess the effects of individual plants or even individual components. On the other hand, traditional Chinese medicine works exclusively with drug mixtures containing substances of plant, animal or mineral origin. Chinese liquorice (Glycyrrhiza uralensis) plays an important role in traditional formulas. In mixtures, it harmonises and prolongs the effect of other herbs and has beneficial effect on all organs. Its root is used for colds, sore throat, stomach and duodenal ulcers, etc.

In the collection of root species, you can find several species of Artemisia, thymes and sages and even the less known devil's dung (Ferula assa-foetida). When damaged, its roots exude gum oleoresin with strong garlic scent. But most importantly, you will find here an assortment of species used as green spices. Green spices bring not only colours and aroma to our kitchen, but they are also a source of valuable biologically active and nutritious substances. Let yourself be inspired and discover domestic and exotic species used as green spices in both Czech and international cuisine. Every year, you can admire an abundant collection of basils. There are not only dozens of cultivars differing in aroma, habitat, colour of leaves and flowers, but also other wild species of this genus.

The division of plants into medicinal and poisonous is very inaccurate and always depends on dosage and the method of administration. In many plants, the side effects or toxicity are so strong that they are dangerous, instead of curative. Such plants have disappeared from phytotherapy (herbal medicinal). Handling them without medical supervision might often be strictly prohibited. If you have your own garden, you should know what species might be dangerous. Not many people, however, are actually aware of the dangers. Poisonous plants often grow even in gardens where young children play (for example castor bean, oleander, etc.). In our collection, you will find not only the purple foxglove, the big-flowered foxglove and the small yellow foxglove, but also the woolly foxglove (Digitalis lanata). In the past, it was used to treat heart diseases and today we use it for isolation of active ingredients. Any manipulation with foxgloves is strictly forbidden in folk medicine. From annual plants, we should mention the common corn-cockle (Agrostemma githago), which used to be a threat to grain cultures up until the middle of the last century. Due to the use of herbicides, however, it was nearly exterminated and only a very few people know what the common corn-cockle looks like. It actually has very beautiful purple flowers. 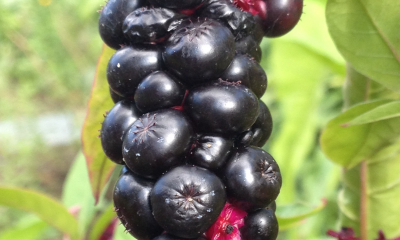 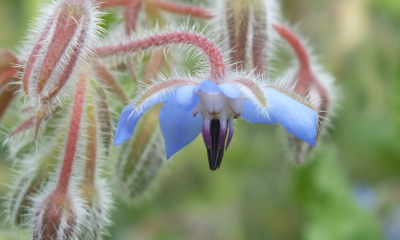 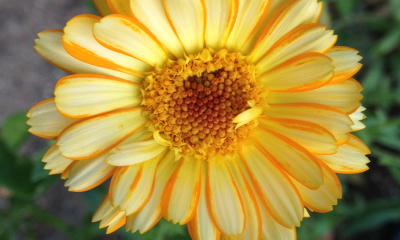 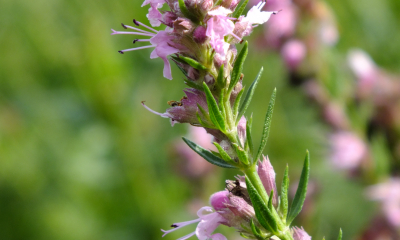 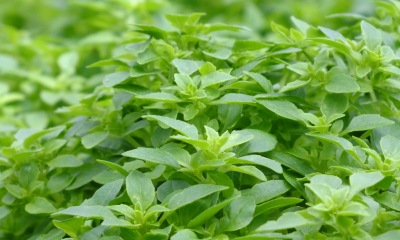 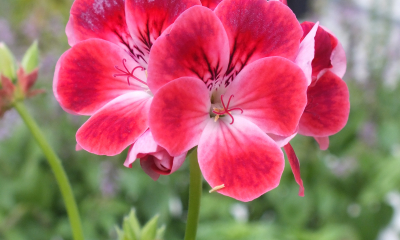