There are eight vineyards in today's Prague, which remind us of the faded glory of Prague winemaking: St. Claire's Vineyard, which is classified as a national heritage, Archbishop´s vineyard in Modřany, St. Wenceslas Vineyard in the Prague Castle, St. John´s vineyard in the Lesser Town, Máchalka in Vysočany, Gröbovka in Vinohrady, Baba in Dejvice,
and Salabka in Troja.

The vineyard has already been present in today's Troja during the reign of Wenceslas II (1278-1305). Based on a document written in about 1228, the Convent of Saint George in the Prague Castle owned a meierhof and two farmsteads in Ovenec (today’s Troja and Bubeneč). Included in the meierhof were fields, meadows, vineyards, orchard, and a river.

Charles IV (1346–1378) issued a decree about vineyard establishment and made all suitable south-facing slopes within 3 miles of Prague mandatorily planted with grapevine. So, we can be certain that our vineyard existed here in Troja too.
In the following centuries, the vineyard belonged to the Troja Chateau and was heavily affected by the course of history.

Due to the spread of grape phylloxera at the turn of the 19th and 20th centuries, vineyards throughout Europe were devastated.
The vineyard in Troja was no exception. It was restored in 1950-1953, after it served as a cherry orchard for a short time.
It got its current appearance in the 1970s, when the head-trained system was changed to Vertico. The current training system is specially adapted to the difficult local terrain.

The vineyard has been a part of our botanical garden since 1995. It has been open to visitors since 2004.

The vineyard house is a Baroque building and one of the very few preserved vineyard houses. One part was built in the 18th century, and the western part was built in the first half of the 19th century. In 1840, it belonged to the Brothers of Mercy and the Order of the Sisters of St. Elizabeth in Prague. It is a brick, single storey building with rectangular ground plan and very strong walls accompanied by a range of reinforcing masonry. It is a single-section building. The rooms have beamed ceilings and are illuminated by rather small windows in deep segmental relieving arches. In the western part, the front side is divided by a couple of horizontal rectangular windows. The house has a shingle, collar-beam roof with bolted joints. This adjustment is from the 20th century.
Even today, the house serves as a facility for winemakers, but a large part is occupied by a wine shop where we sell local wine.

St. Claire's Chapel is open every Sunday from 1. September to the end of June for the Holy Mass from 11am to 12pm (during this time, the faithful have free admission through the gate from the Nádvorní Street). Holy Mass is not held during holidays.

The small St. Claire's Chapel is the dominant feature not only of the vineyard, but of whole Troja. It is dedicated to St. Claire, the patroness saint and namesake of the builder's wife, Claire Bernadine from Malzan.

Since people living in the vicinity of the Troja Chateau often could not attend Holy Mass because of frequent floods, Count Václav Vojtěch of Šternberk build a chapel for them in 1691.
After a fire in 1924, the chapel was given a new roof, and in 1996 it underwent its last repair.
The interior is very simple. Just one room with a brick floor and flat ceiling. The present altar was acquired around 1924. The painting above the altar is baroque. It depicts the Trinity with Virgin Mary and Franciscan saints. The crucifix comes from the middle of the 18th century. 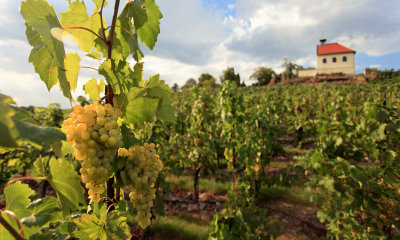 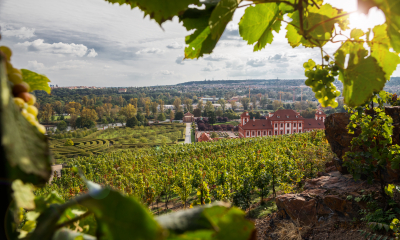 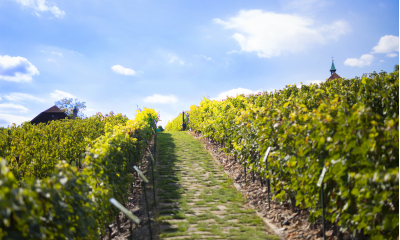 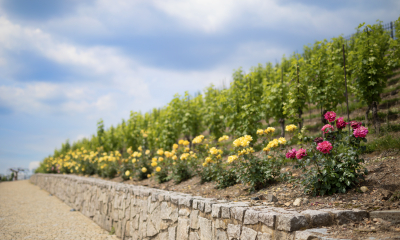 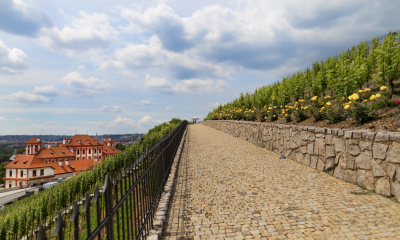